This past Saturday was one of the most beautiful days I have ever seen for a wedding.  And it wasn’t wasted on Rachael & Matt.  I just have to say that I am so in love with these two people as individuals and as a couple I can’t even explain it.  There was not a moment that Ted or I felt uncomfortable around either of them the entire day.  I don’t know how they found each other, but they are two of the most laid back and fun people I have ever met.  They are perfectly matched – the funny part is that they have the greatest height difference out of any couple we have ever shot!  I love it!

Now on to the real reason you’re here: 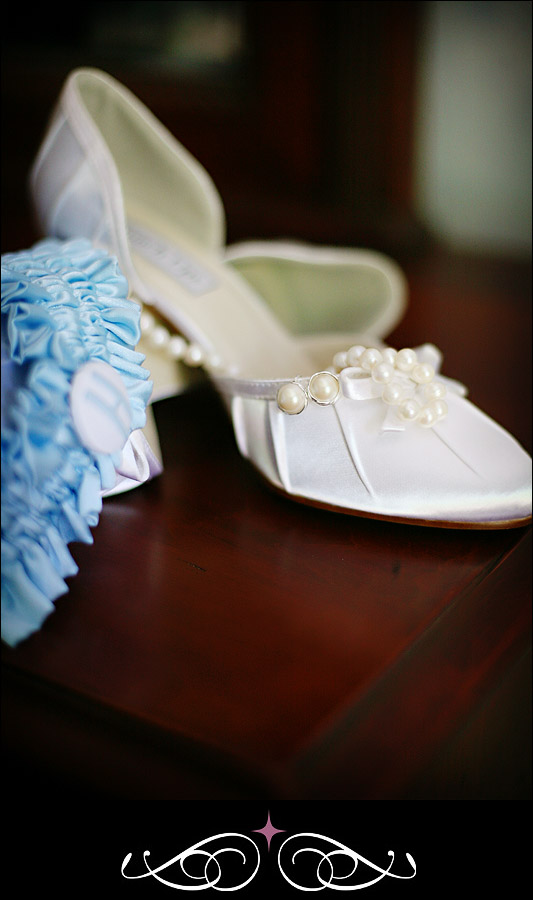 This is just the beginning of a series of getting ready shots that were possible because of the thousands (not really thousands, but it felt like it) of tiny buttons on the back of the dress.

You can always count on me to use every mirror in every room that I am ever in. 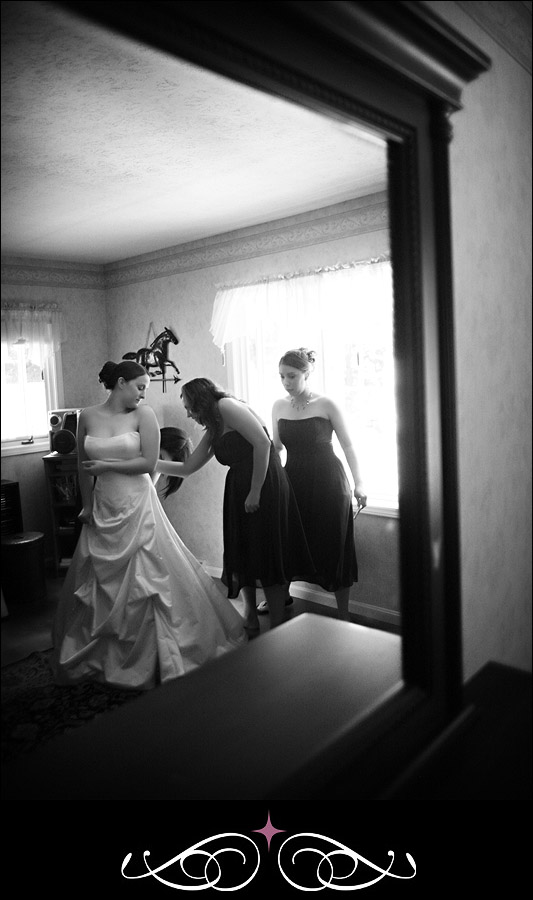 The bridesmaids were jokingly asking Rachael when she planned on leaving the reception (since she was going to change before she left) so they could make sure they were nowhere to be found when this dress needed to come off!

I honestly don’t think Rachael knows how beautiful she is.

Love LOVE this detail from Ted of the cuff links.

It usually doesn’t take much to convince me that the groom wasn’t stressed out in the morning, but if I did question it for Matt, here’s the image to prove it!

Another what we call “creative photojournalism” from my favorite photographer.  Love it.

Love this groom!  Fun fact: he does a pretty spot on Chewbacca impression!

Ted and I are fighting for PJ shot of the day.  Anyone want to weigh in on who won?  This is Ted’s:

There was no shortage of adorable kids at this wedding!

St. Francis in Bay Village is one of the most unattractive looking churches for photographs when you first walk in.  What I love about it, is that our cameras see it better than our eyes do!  Got to love custom white balance!

No family formal speech again this week, but they were done outdoors and they were amazing.  🙂  We did make short order of those cool pillars though!

First stop was Wade Lagoon at University Circle.  Popular location that day – we had to fight off three other bridal parties!  My favorite part of this location are the low hanging trees by the water.

Contrary to popular opinion, these kids were having a blast taking pictures!

I had to keep reminding myself not to mention Zoe the puggle (who was quite the star on our blog last year for their engagement session), since it was making Rachael sad to think of leaving her for their honeymoon.  Either way, they still rocked it out!

One of the best parts of this relationship is that Rachael and Matt are best friends first.  I don’t think, I KNOW they are going to have a great marriage!

My pink tree turned green!  I took it anyway, and I adore this image.

The Cleveland Museum of Art is put together so nicely for our photographs.  Someone must have had us in mind when they were building it!

Kiss chase was a bit one sided this time – I think it’s safe to safe that Matt won!  🙂

Last stop was out at little Italy which is my new favorite place for awhile!

I remember seeing this moment clearly and thinking, “Those two are going to be great parents one day.”  There are sometimes you just know things.

One last sweet shot, from a pretty sweet day…

Have fun in Disney you guys!