Last Saturday, Ted and I had the pleasure of photographing the first of our 2 winners of the Free Wedding Photography Contest we did at the end of last year.  From the moment I spoke to Sarah on the phone, I knew we had made the right choice.  Below is their contest entry:

We met in the fall of 2002. We were both students at Valley Forge Christian College (near Philadelphia, PA). I was a sophomore, and Andy was a new freshman. We quickly became friends, and grew fairly close during the semester he was there. He had to leave school in the beginning of the spring semester due to finances, but over the next year and a half we kept in touch… then, I never heard from him again! I had always been interested in him, and so after at least six months of thinking (and dreaming) of him only, in the summer of 2005 I decided I’d try to get a letter out to him. Well, he got the letter, and we started talking again. It was like we picked back up where we left off- so natural!

I was actually “double-dog-dared” by my friend Brooke (who is my Matron of Honor) to send him another letter, telling him how I felt… well it didn’t scare him off, but things changed. In the spring of 2006, he came back to school and was there for my last semester. We loosely kept in touch after I graduated, and after about a year, we started to communicate more often (phone calls, etc.). We began to joke about how crazy us being in a relationship would be… theoretically of course! After about three months of both joking outwardly, and secretly praying, we saw each other for the first time since graduation, at a wedding I went to in Ohio. It was so close to his home, that he came to the wedding, then invited me to stay and meet his family, and offered to drive me back to PA.

I went to church with him Sunday morning, then went to lunch with his mom, and his pastor’s wife, and another lady from church. After the initial nerve inducing questions (i.e. “What are your intentions with our son?”), the tide turned and then they began to ask Andy “So why aren’t you dating?”… After lunch, with a potentially awkward four hour drive back to PA, we both looked at each other after buckling our seat belts and said “So… I guess we’re dating?” Not feeling significantly special I said in my cutest voice, “So you want to be my boyfriend… hmmm?” and that’s how it happened. We started dating July 8, 2007 and were engaged June 13, 2008.

I know our story is a little bit longer than “We ran into each other in a book store and fell instantly in love…” but it’s real… and us :-). I consider myself the most blessed woman, ever. I actually am marrying the man of my dreams. We’re waiting until our wedding day to share our first kiss, as husband and wife.

Why We Deserve Free Wedding Photography:

We are the volunteer youth pastors at a small church. We put so much of ourselves out, constantly… especially Andy. Not only does he work with children & teenagers, but he sings on our worship team, does hip-hop with the dance team, and works two jobs. He is the most selfless person I have ever known. We are paying for the wedding by ourselves. With the economy, and trying to start over after I moved from PA (my job that I had lined up fell through); I searched for about 5 months before finding my current job… in all of that, God has kept us in His hands… and I know that he will continue to provide.

This was our very first wedding where we had the privilege of photographing the very first kiss between the bride and groom.  Needless to say, it added much excitement and anticipation to the day for everyone! 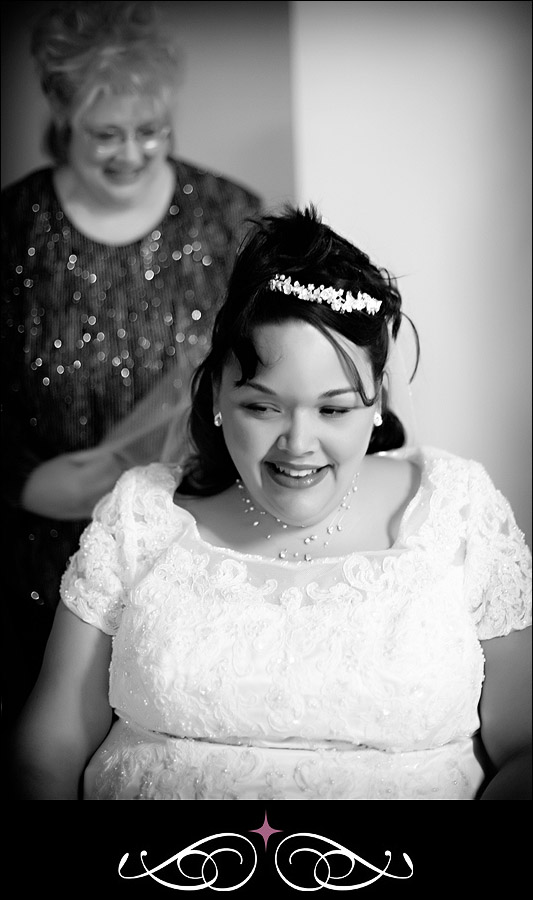 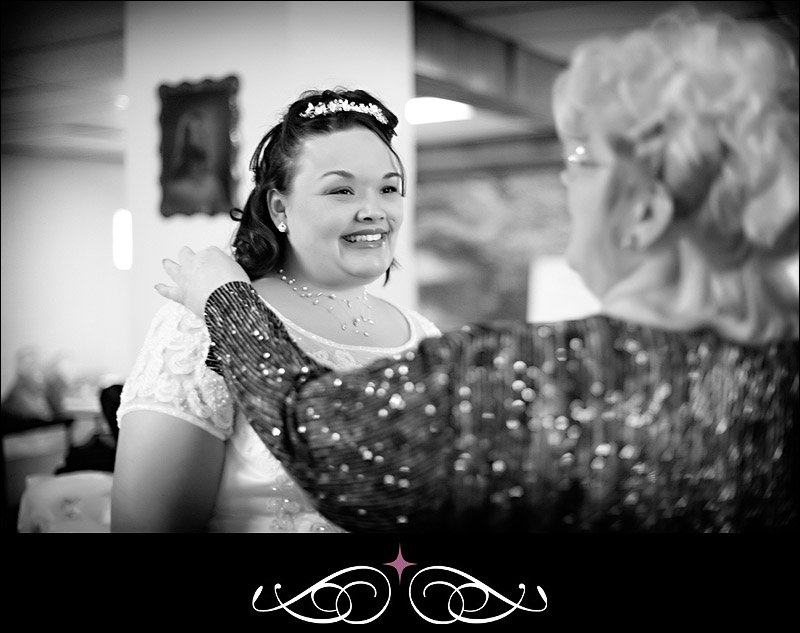 Sarah and I made good use of some windows before the ceremony! 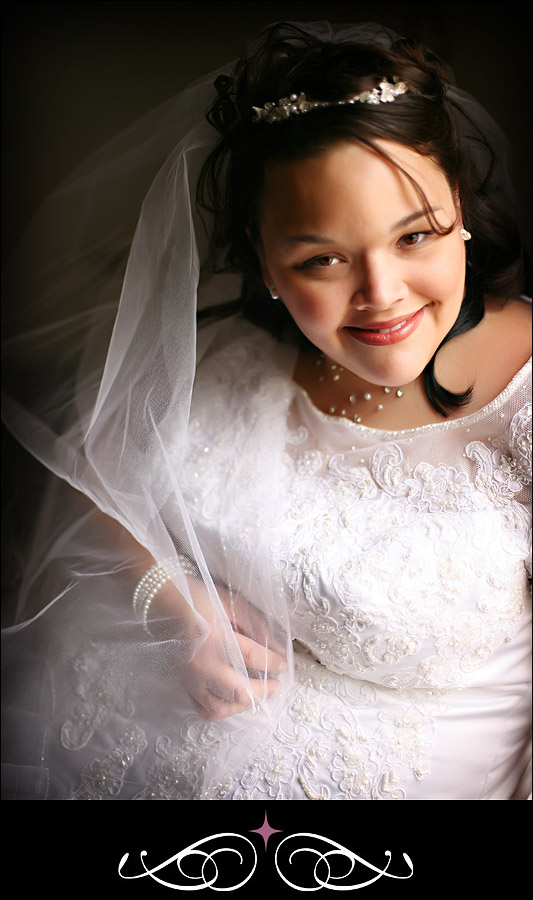 Ted’s shots of Andy getting ready…  I believe Andy’s expression for his camera face all day was “Macking the pose!”

Here he is – macking it up!

Ted was lovin on this golden light coming through the windows of the church.

I have never seen a ceremony get so still as this one did when Sarah walked down the aisle with her father.

I don’t think either of them took their eyes off each other the entire time.

This was the moment everyone (but 2 people in particular) had been waiting for.  The whole audience burst into cheers and then laughter as Andy grabbed Sarah and gave her their very first kiss…as husband and wife.

We did our family formals outside, enabling us to capture several cute candids including this one:

The in-between part of the formals can be even more valuable than the formals themselves!

Photographing Sarah and Andy together was a piece of cake, because all they wanted to do was be close to each other and snuggle.  What else do you need?  Throw in some more of that golden window light and you’ve got yourself a killer image!

Ted saw this cool shot through some of the wispy curtains in the church.  Love it!

These 2 needed the least encouragement from us to love on each other than anyone!

The awesome cake, made by CMYKakes.

After the reception, we got to grab them for just a couple more shots before we took off…  What a perfect end to a perfect day…