Alright guys – get ready for some mass blogging in the next couple of weeks!  Last week, we went out to Gates Mills with Matt & Rachael.  We also got to meet the third member of the family Zoe (affectionately referred to as Peanut).  While Matt & Rachael were great and hilarious, Zoe really stole the show posing for the camera like she knew exactly what she was doing.  Of course that changed if she saw someone walking up behind us and she quickly turned into guard dog mode.  Pretty funny considering she’s only a puggle!

Check out her fierce face! 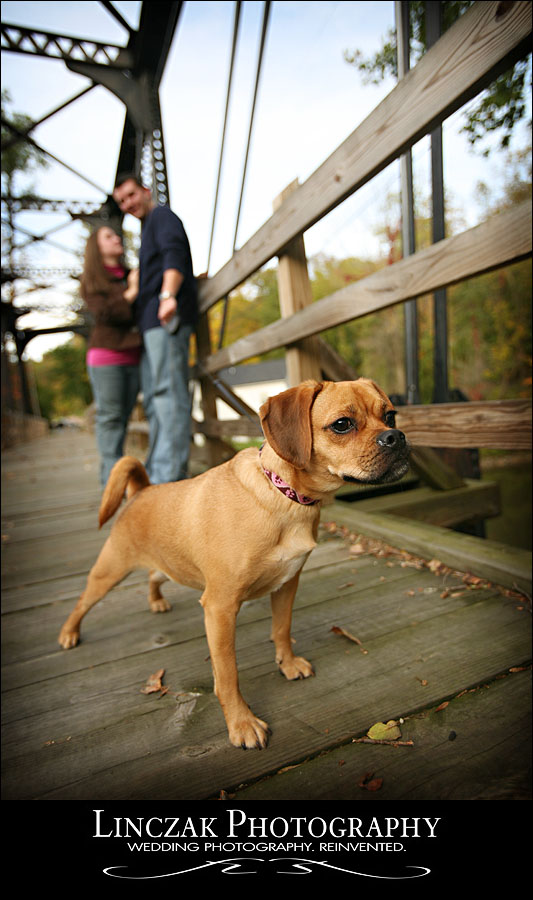 After a little while with the puppy, we opted for some time just with Matt & Rachael.  They are mostly silly and fun with each other, but we caught a couple moments where they were being sweet too! 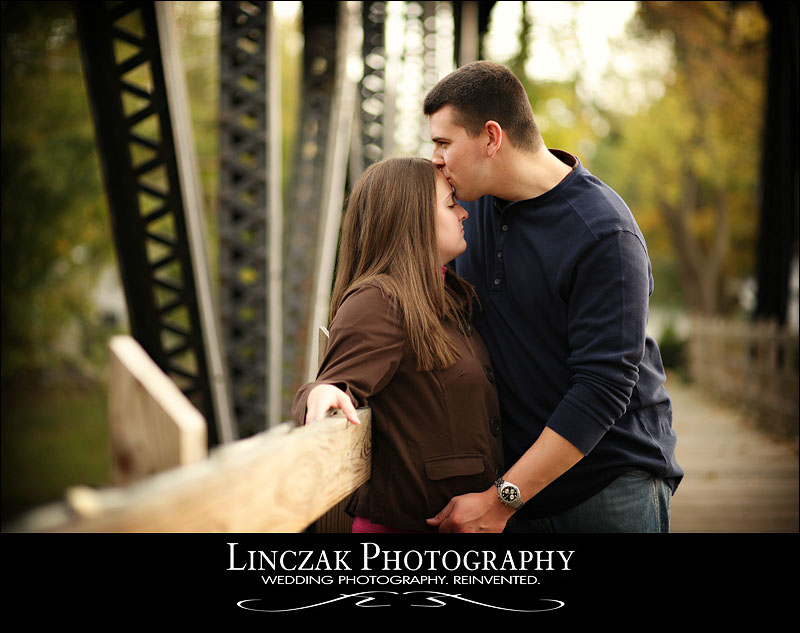 Showing off the bling! 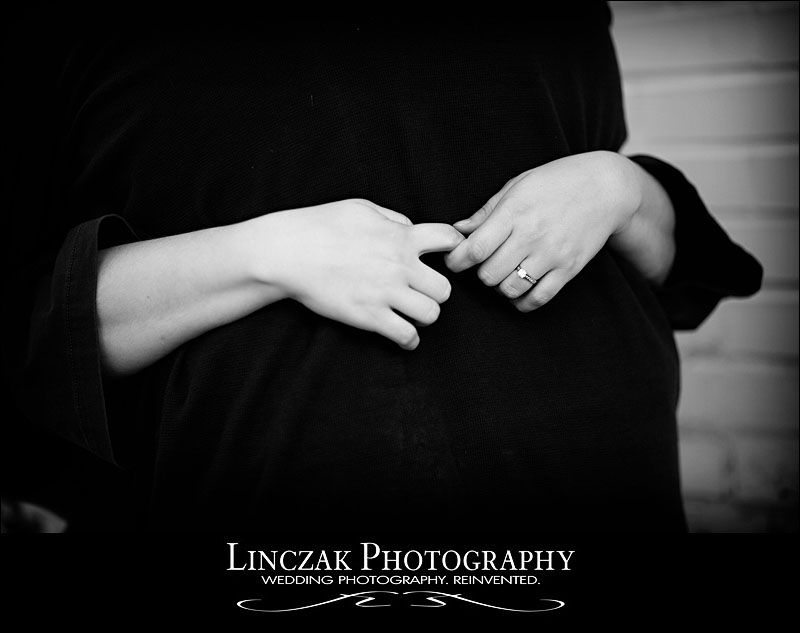 Another example of the same spot from my angle:

Matt is super tall and was bending down the whole session to get close to Rachael.  Here, he brought Rachael up to his level!!!

This last location was a suggestion of Rachael’s.  I love it.

Thanks again guys for the fun afternoon!  We especially loved meeting your little Peanut too!  🙂